Everyone is born a genius: When a 12 year old genius gets admitted into American University

A genius is one who is very smart. A talented person who has a level of talent or intelligence that is very rare or remarkable.

Such is the case of Jeremy Shuler, the youngest undergraduate at the prestigious Cornell University of California.

At age 12, Jeremy is the youngest student at the engineering university and on the way to making a name for himself. He is following in the footsteps of his grandfather a professor and his father who got his doctorate from the same university Cornell.

Jeremy began showing signs of the genius factor at an early age. Born to parents, both of whom are aeronautic engineers, Jeremy began to read the alphabets, numbers and letters at a year and three months. It was a struggle to give Jeremy his bath because he would keep writing alphabets and letters with the shower hose.

At a year and six months, Jeremy’s mom who is Korean, mindlessly showed him some letters in Korean. By the next 24 hours, Jeremy was single highhandedly combining sounds and making syllables in Korean.

At age 2 Jeremy could read English and Korean on his own without assistance.

Having discovered that her son had extra ordinary gift, Jeremy’s mum opted out of work to home-school him.

By the time Jeremy was six, he had begun studying and solving calculus. 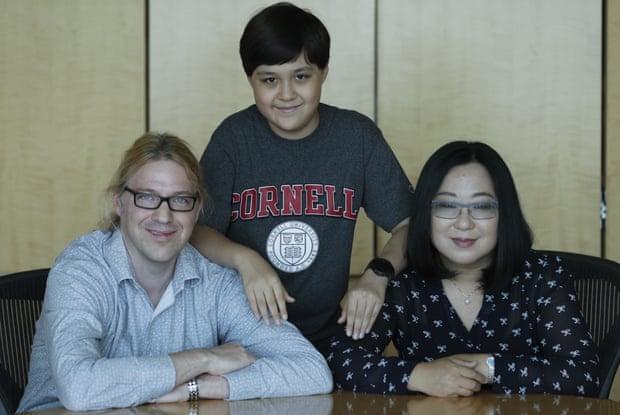 Worried about his poor social interaction and isolation, his parents began sending him to various camps but he felt at ease in maths camp, with people of similar interest.

Jeremy who starts at Cornell University this September says he is both excited and nervous. But the genius factor could well be in all of us.

In ancient times, it is believed that sons and daughters are divine gift and they are for signs and wonders. This gave rise to the amazing focus on early childhood education. Somewhere inside us are remarkable traits that can transform the world positively.

When we rightly believe in sound principles great things happen. The next time you are looking for a genius then you have found one – its you.

Our natural talents remain our genius factor. It is God-given. It may not be mathematical or linguistic intelligence as evident in Jeremy. But we are all cut out for something special.

It could be that entrepreneurial talent, music specialty, leadership skill, peace-making quality, rare emotional maturity in the face of danger, interpersonal skill, sporting talent and everything in between. Each of us have got that unique inspiring quality.

Probably nobody told you how wonderful they are. But we are born genius. Take a minute and ponder.

When we value those inner talents, life can quickly change in the right direction. It transforms us and improves the quality of our life. For some, the genius factor comes quickly as seen in the life of Jeremy. For others, it comes gradually. Either way, lets channel them purposefully.