Life-bank Blood App: Nigeria’s Brightest Minds are Working Together to Save Lives

Blood is the vehicle through which oxygen and nutrients travel throughout the body.

The human body contains about 10 to 12 pints of blood. Although loss of blood occurs frequently through minor cuts and wounds. The loss of about 3-5 pints (30-45%) is fatal.

One of the most important medical solution to blood loss is blood transfusion. Blood can be introduced into veins of an individual to make up for lost blood.

Providing proper blood-matching for a patient is one problem that hinders transfusion process in developing regions like sub-saharan Africa where local clinics have limited lab testing materials and struggle with resource mobilization and data collection.

A group of technology specialist in Nigeria came up with an ingenious solution. Working in conjunction with an organization called one percent project, these techprenuers led by Oo Nwoye developed an app called Lifebank.

Members of the One Percent Project Team Collecting Blood from Voluntary Donors at one of their sensitization programme, photo credit: twitter.com

How does this App work?

One percent project is an organization led by former World Health Organization (WHO) fellow Temie Giwa-Tunbosun. Temie and her team are filling the void in Nigeria’s health sector in issues like blood collection, preservation and distribution.

In a country where voluntary blood donation is low and accounts for about 3 percent of blood supply in 2014: the one percent project team has a mission to sensitize at least one percent of Nigeria’s population, Africa’s most populous country, to regularly donate blood voluntarily.

This places the one percent project team on the fast lane. They are constantly searching for voluntary blood donors.

The team visits tertiary institutions. They go to worship centers and other public gatherings looking for and collecting blood from voluntary donors.

As part of their broad strategy, they sensitize people on the life saving benefits of voluntarily donating blood regularly.

Using WHO standards and procedures, bloods are screened, documented, preserved and transported to various hospitals and health centers where they are needed. 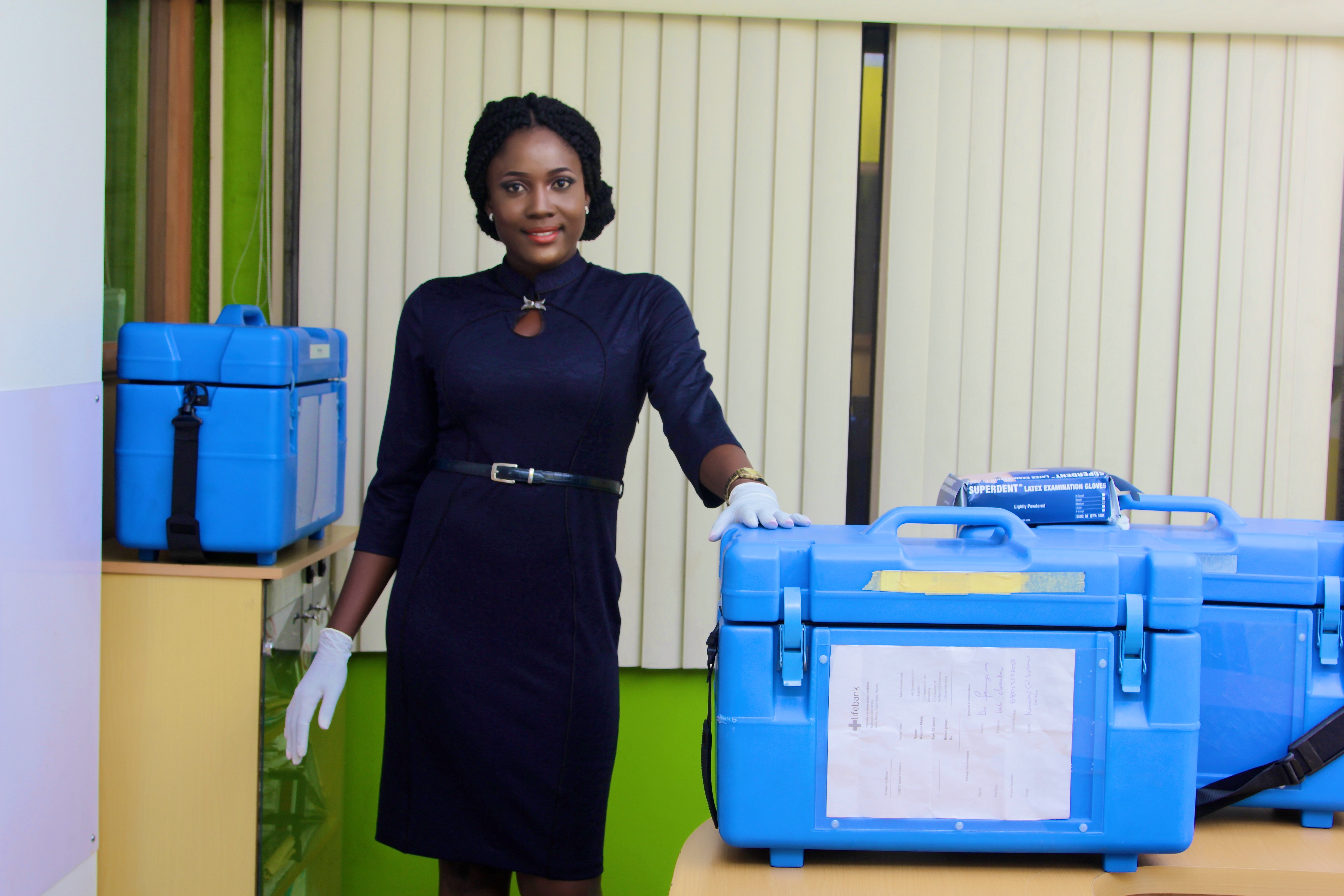 As a result of the one percent project, there has been a steady increase in voluntary donated blood in the region with a total amount of 1651 pints donated via the project as at October 2015.

The Lifebank app is a sort of data base that provides records on blood availability in various blood banks across Nigeria’s commercial capital, Lagos, including those in the blood bank of one percent project.

The app enables Nigeria’s health centers to find the exact blood type they need and have it delivered to them in time to save life.

Donor about to donate blood at another one percent project sensitization programme, photo credit: nigeriahealthwatch.com

For emergency situations, where registered donors possess blood type matching those of patients, donors are reached by phone or via text messaging for support.

Talking about home-grown solutions to Africa’s nagging health needs, this is one of those brilliant solutions.

Although this project exists in Lagos, the team has concluded plans to extend to other south-west states.  The project team is in talks with several state ministry of health.

It is their corporate mission to reach Nigeria’s vast countryside, Africa’s most populous country, the home of over 170 million people.